February is Black History Month, and we’re celebrating the many accomplishments of the Black community. On this month’s community bulletin board, SWAG intern Cyrus Santiago highlights a few people who are not often mentioned. These people are leaders who broke through societal norms and paved the way for others.

Click on each person’s photo to learn more about them. 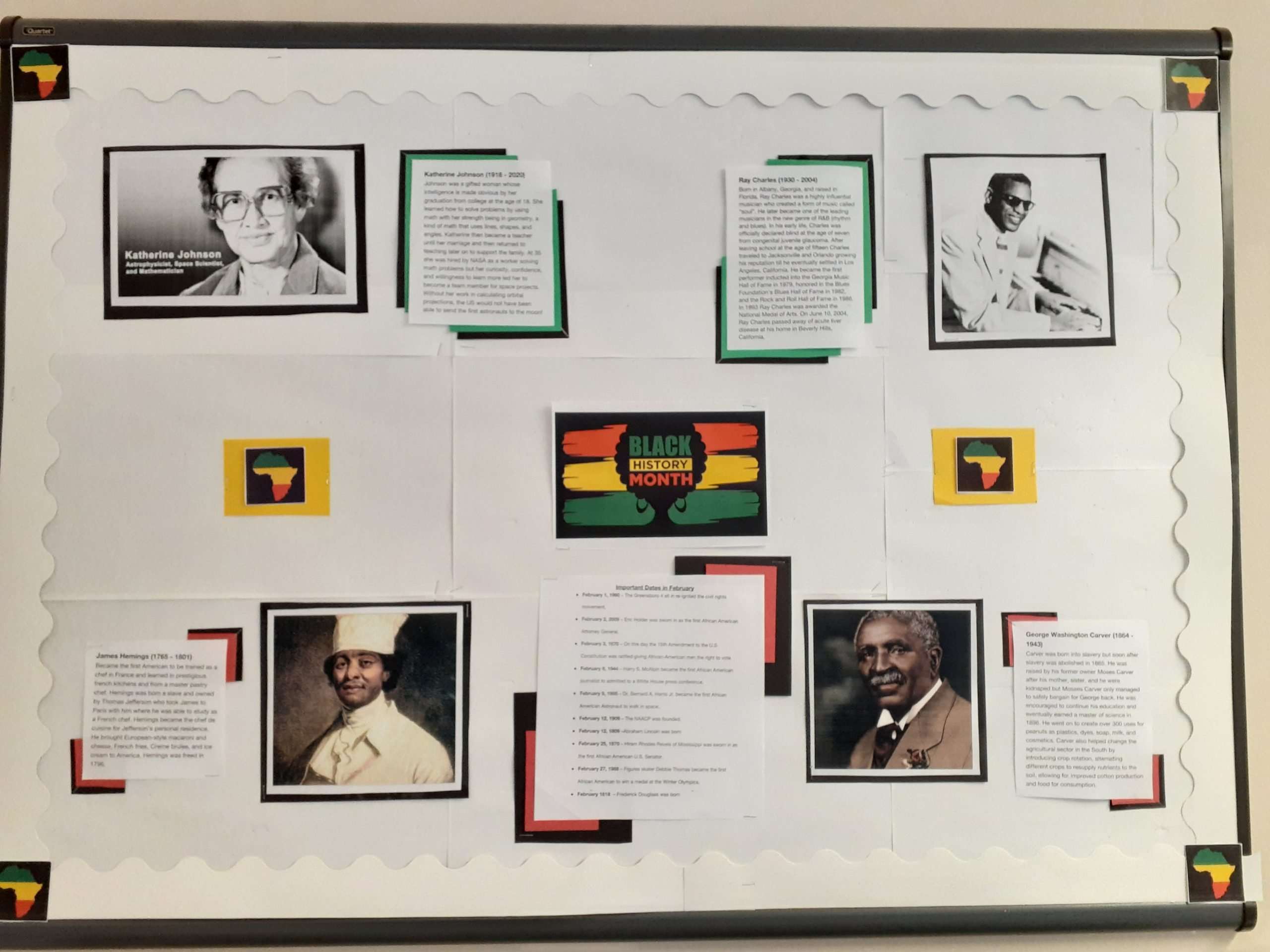 Johnson was a gifted woman whose intelligence is made obvious by her graduation from college at the age of 18. She learned how to solve problems by using math, with her strength being in geometry—a kind of math that uses lines, shapes, and angles. Katherine became a teacher until her marriage and then returned to teaching later on to support the family. At 35, she was hired by NASA as a worker solving math problems. Her curiosity, confidence, and willingness to learn more led her to become a team member for space projects. Without her work in calculating orbital projections, the U.S. would not have been able to send the first astronauts to the moon!

Born in Albany, Georgia, and raised in Florida, Ray Charles was a highly influential musician who created a form of music called ‘soul.’ He later became one of the leading musicians in the new genre of R&B (rhythm and blues). In his early life, Charles was officially declared blind at the age of seven from congenital juvenile glaucoma. After leaving school at the age of fifteen, Charles traveled to Jacksonville and Orlando, growing his reputation until he eventually settled in Los Angeles, California. He became the first performer inducted into the Georgia Music Hall of Fame in 1979, honored in the Blues Foundation’s Blues Hall of Fame in 1982, and inducted into the Rock and Roll Hall of Fame in 1986. In 1993, Ray Charles was awarded the National Medal of Arts. On June 10, 2004, Ray Charles passed away of acute liver disease at his home in Beverly Hills, California.

Hemings became the first American to be trained as a chef in France. He learned in prestigious French kitchens and from a master pastry chef. Hemings was born a slave owned by Thomas Jefferson, who took James to Paris with him. There, he was able to study as a French chef. Hemings became the chef de cuisine for Jefferson’s personal residence. He brought European-style macaroni and cheese, French fries, Creme brûlée, and ice cream to America. Hemings was freed in 1796.

Carver was born into slavery, but slavery was abolished soon afterward in 1865. He was raised by his former owner Moses Carver after his mother, sister, and he were kidnapped but Moses Carver only managed to safely bargain for George back. He was encouraged to continue his education and eventually earned a Master of Science in 1896. He went on to create over 300 uses for peanuts as plastics, dyes, soap, milk, and cosmetics. Carver also helped change the agricultural sector in the South by introducing crop rotation (alternating different crops to resupply nutrients to the soil), allowing for improved cotton production and food for consumption.